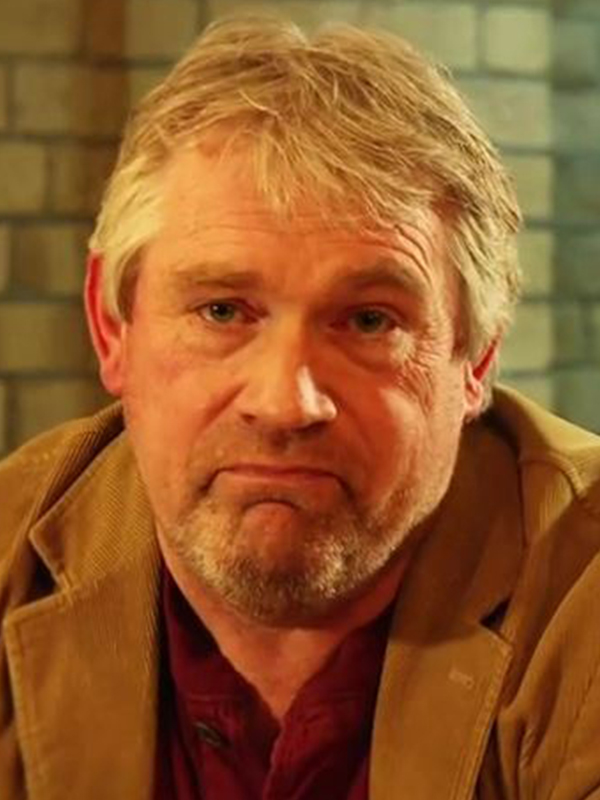 Seamus O’Rourke is a writer, director and actor. As a writer, his plays include Ride On (Livin’ Dred 2011), dig, Down and The Trappe Family (The Corn Mill Theatre), The Halfway House Hotel and Stale Mate (Canal Studio-Backstage Theatre), For Club and County (Moth Productions), dig, Victor’s Dung (Big Guerilla Productions) and his four One-Man-Shows; The Sand Park, Padraig Potts’ Guide to Walking, INDIGESTION and My Aunt Bee (Big Guerilla Productions).

As a director, he has directed with The Corn Mill Theatre, Backstage Theatre, Moth Productions and his own company, Big Guerilla Productions. Apart from his own material, those plays include The Cavalcaders and A Handful of Stars by Billy Roche, Stolen Child by Bairbre Ní Chaoimh and Yvonne Quinn, The Pitch by Shane Connaughton, Arrah Na Pogue by Dion Boucicault, The Quare Land, Danger Money and The Cavan Curse by John McManus.

Acting roles include; Junior (Conversations on a Homecoming by Tom Murphy), Artie (Belfry by Billy Roche), Jim (The Weir by Conor McPherson), John (Shining City by Conor McPherson), RTE Best Actor 2010, Pato Dooley (The Beauty Queen of Leenane by Martin McDonagh) RTE Best Supporting actor 2011. Victor Maguire (Ride On and Victor’s Dung) and Tom (dig)…all written by himself). Philly (The Pitch by Shane Connaughton), Hugh Pugh (The Quare Land by John McManus), The Bishop (The Field by John B Keane), Maurteen (The Kings of the Kilburn High Road by Jimmy Murphy) both at the Gaiety Theatre Dublin. He played Man (The Mysterious History of Things by Jack Harte). He has played Teddy ‘The Mucker’ Tucker in John McManus’s one-man play, Danger Money and Rua in The Cavan Curse by the same author.

In 2018 Seamus penned and produced two new shows; From Under the Bed and And Thank You.… In early 2019 Seamus toured Ireland with Livin’ Dred’s production of Trad by Mark Doherty, directed by Aaron Monaghan. In the summer of 2019 he toured again with the self penned My Aunt Bee and in autumn with An Ogeous Brose by John McManus. Seamus has also over two million hits on YouTube and Social Media with his short stories, recitations and sketches. He recently released A Lock of Poems, Recitations and Good Ones – a collection of his much loved poems and recitations and in 2020 he released his memoir Standing in Gaps. Both are available online at www.seamusorourke.com

Acting is a matter of giving away secrets

PROUD SPONSORS OF THE

Subscribe and keep up-to-date with all our upcoming events