A film by Agnieszka Holland

Few true stories tread the thin line between good and evil as precariously as that of Jan Mikolášek, a 20th century Czech herbal healer whose great success masked the grimmest of secrets. Mikolášek won fame and fortune treating celebrities of the interwar, Nazi, and Communist eras with his uncanny knack for “urinary diagnosis”. But his passion for healing welled up from the same source as a lust for cruelty, sadism, and an incapacity for love that only one person could ever quell – his assistant, František. As a show trial threatens to pry open these secrets and undo him, Jan’s dichotomies are put to a final test, with the fate of his life’s only love in the balance. A personal tale as replete with twists as the century itself, and a reflection on the price one pays for single-mindedly following one’s calling.

From Oscar and BAFTA nominated filmmaker Agnieszka Holland, CHARLATAN was the official Czech entry for the 2021 Academy Awards.

Jan Mikolášek was a very famous healer, an unusual medicine man, who was using unorthodox methods of diagnosis and treatment. Those special skills made him not only well known but also rich. In Czechoslovakia before World War II he became some kind of institution and even during the German occupation he was able to preserve his status by healing high Nazi officials.

He was sure that it would not be different after the war. The communists who took power were also humans. And humans fell sick, felt hopeless and needed the doctor; a special kind of a doctor as well, when others cannot help. But the situation changed when his main Stalinist protector died, and the regime decided to destroy him. He was too different, too rich, and too independent.

To tell this story with an epic scope – dozens of years, three different regimes, two World Wars – but one, that feels, at the same time, extremely intimate, I tried to find a sensual and minimalistic language. Static. Quiet. Spare dialogues. Hidden emotions. Extremely subjective passage of time: years are passing in few minutes, minutes are extended, feel like eternity.

I tried to show a human soul without entering into the depth of psychological analyses, express interiority through behaviour. The faces of actors, the tension between the characters, their constant efforts to pass through the armours of each other are what drives the story forward; the background, the big History of the twentieth century is reflected in their fate.

I was fortunate to have a wonderful group of people to make this film: cinematographer Martin Strba, production designer Milan Bycek, Editor Pavel Hrdlicka, composer Antoni Komasa Lazarkiewicz, actor Ivan Trojan, all of whom I have worked with previously on the miniseries BURNING BUSH. They are an extremely creative, original, and courageous team, and they had a large part in finding a way to tell this story in a strong, personal way; to find images which I hope will stay with the audience long after the screening. 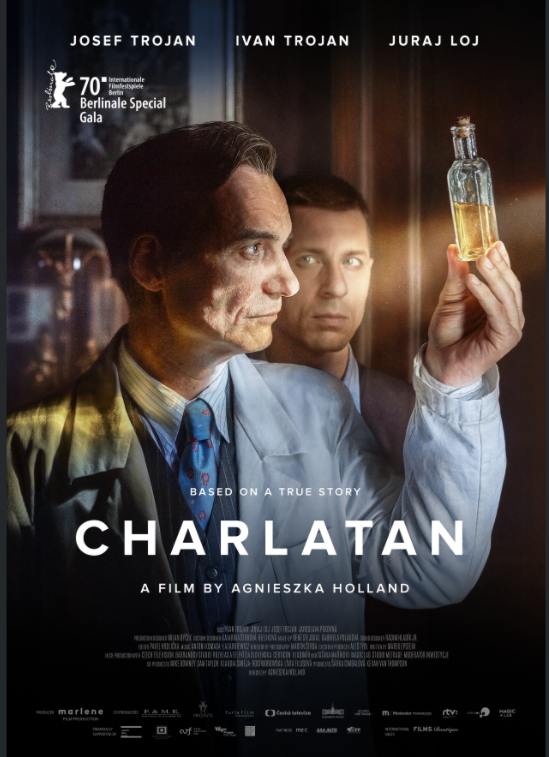