Synopsis
Acclaimed director Hirokazu Kore-eda’s (Shoplifters) first film made outside his native Japan unites French screen icon Catherine Deneuve and Juliette Binoche. Imperious screen legend Fabienne (Deneuve) is about to release her memoir. Her long-estranged daughter Lumir (Binoche), a screenwriter, along with Lumir’s actor husband, Hank (Ethan Hawke), and their daughter return to Paris from the US to celebrate.

When Fabienne’s assistant suddenly resigns, Lumir reluctantly agrees to help out, just as Fabienne begins work on a science-fiction film. As they struggle to get along, strange parallels between the new film and Fabienne’s life trigger the re-emergence of long-buried resentments. Joyously bringing together two of France’s most admired actors Kore-eda’s perfectly balanced film is witty, wise and humane.

Quotes
“Deneuve … hasn’t had a role this delectable in years, and she gives a magnificent performance: grand, subtle, lacerating and fearless.” – Owen Gleiberman , Variety

★★★★ “The image of Deneuve dining in a Chinese restaurant with only her little dog for company deserves instant icon status. We shall not see her like again.”  – Donald Clarke, The Irish Times. 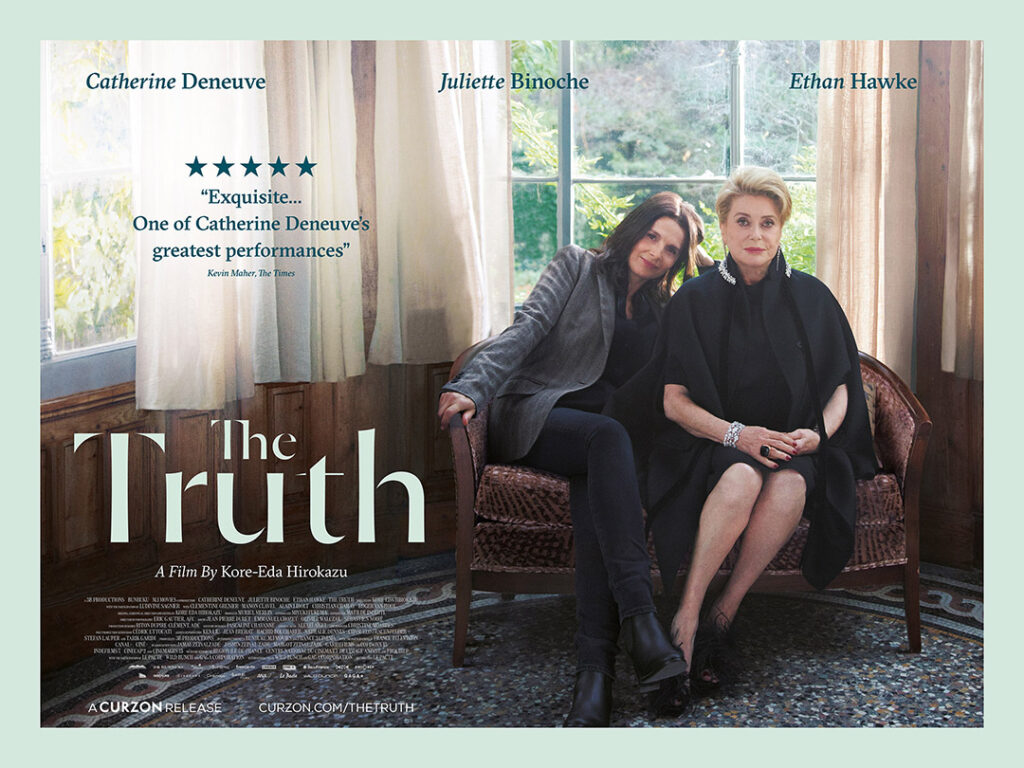