Synopsis
When Billi’s family learn that her beloved grandmother, Nai-Nai, has been given mere months to live, they hastily stage a family wedding to facilitate a gathering in China. But they refuse to tell Nai-Nai about her illness.

Billi, who was born in China but has been raised in the US, struggles with this deception – she must deal with her own frustration at the family’s refusal to tell Nai-Nai the truth, as well as her sorrow at the prospect of losing her grandmother. Returning to China for the first time since her childhood, Billi also faces a broader clash of cultures, which leads to further tensions and bewilderment.

The Farewell is a humorous and moving story of inter-generational family dynamics.

Quotes
‘’★★★★ As gifted a writer as she is at creating playful, visually layered frames, Wang is constantly juggling clashes – of cultures, of tragedy and joy. … Ultimately, it’s all about balance, a yin and yang of roots and identities, humour and pathos that comes together into a satisfying, bittersweet wedding banquet of a movie‘’ – Wendy Ide, The Observer

‘’★★★★★ One of the best films of the year so far. … It’s wonderful stuff from start to finish …’’ – Paul Whitington, The Irish Independent 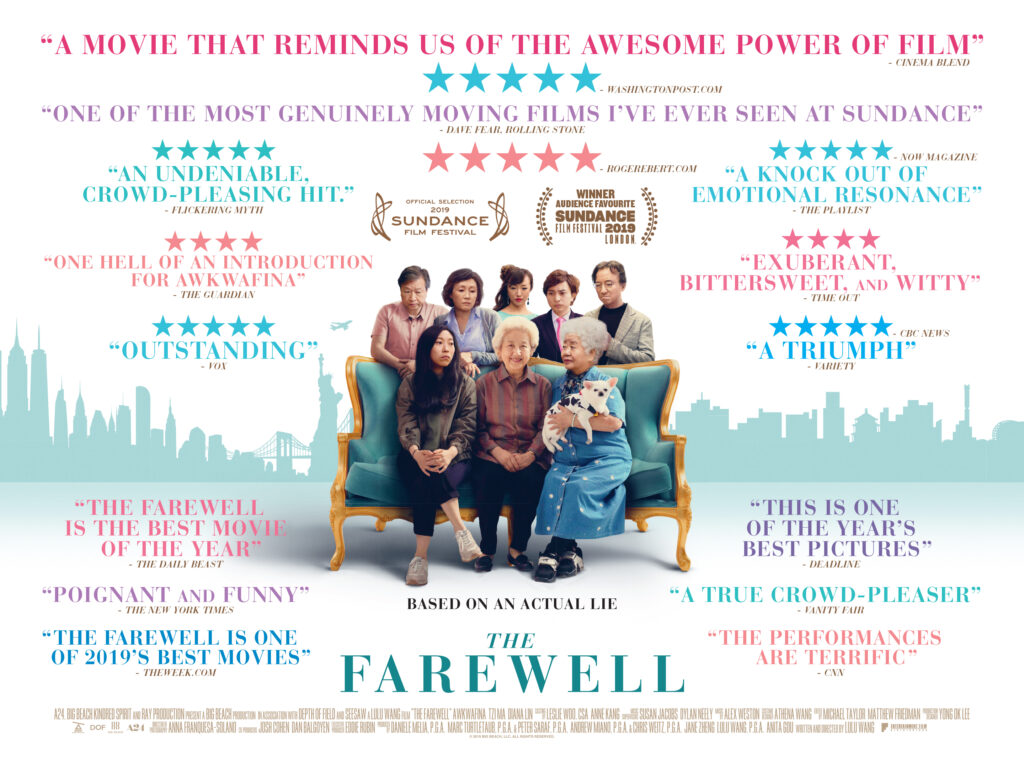