Synopsis
Meet 9-year-old Benni: bright, charming and out of control. In the care system because of her violent outbursts, her own mother is afraid of her, and despite the attempts of a well-meaning team of care workers, nobody seems to be able to reach her.

All Benni really wants is to go home to her family, but as her rages intensify, this seems less and less likely. Hope comes in the form of school chaperone Micha, whose tough love and own troubled past help connect him with Benni. Featuring a startling performance from Helena Zengel as Benni, this first feature is a disarming look at a child in trouble who is caught up in a system unable to cope.

Quotes
“Suffused with sympathy but also a dose of bitter realism and shot with a freewheeling energy, System Crasher is an admirable distillation of a tough subject … ” – Lee Marshall, Screen International

“The talented Zengel … has startling maturity as an actress while playing childish. It’s the realism she brings to Benni … that gives the film its most intense and affecting scenes.” – Deborah Young, The Hollywood Reporter 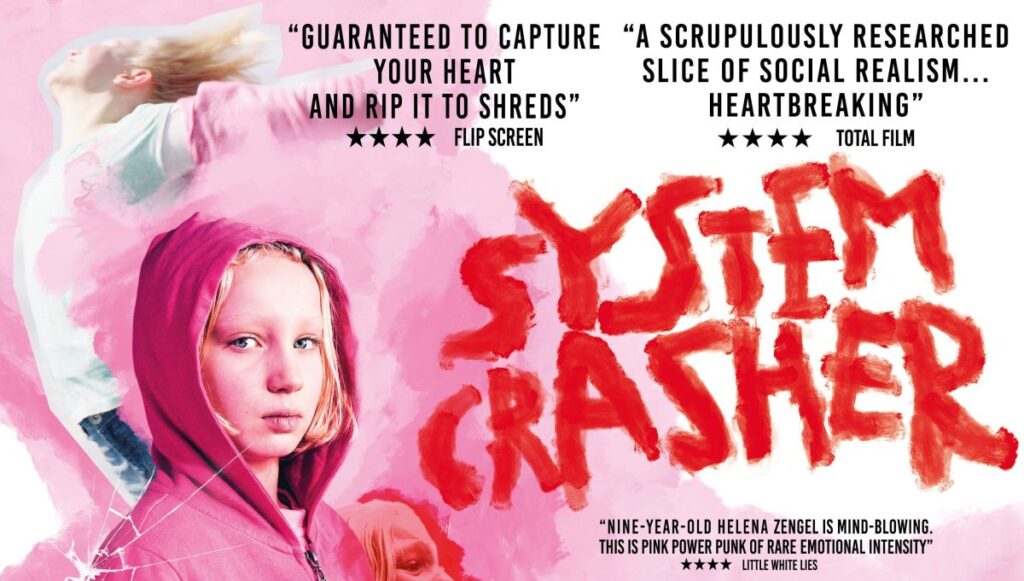