Wednesday 30th of June at 8pm

Veteran director Salvador Mallo (Antonio Banderas) currently suffers many health issues, which he blames for the creative rut he finds himself in. As he tries to recover, he reflects on his life. Whilst recalling memories from the past, including those of his humble upbringing by his doting mother (Penélope Cruz), in the present he reconnects with past friends and lovers. Can this journey help him overcome his physical pain and rediscover his creativity?

Banderas and Cruz, with whom Almodóvar has worked extensively in the past, reunite with the award-winning director, to bring arguably his most personal film to date to the big screen.

“★★★★ Every element of the film is beautifully judged. … But it is Banderas who makes the film fly.” – Donald Clarke, The Irish Times, Cannes Film Festival 2019 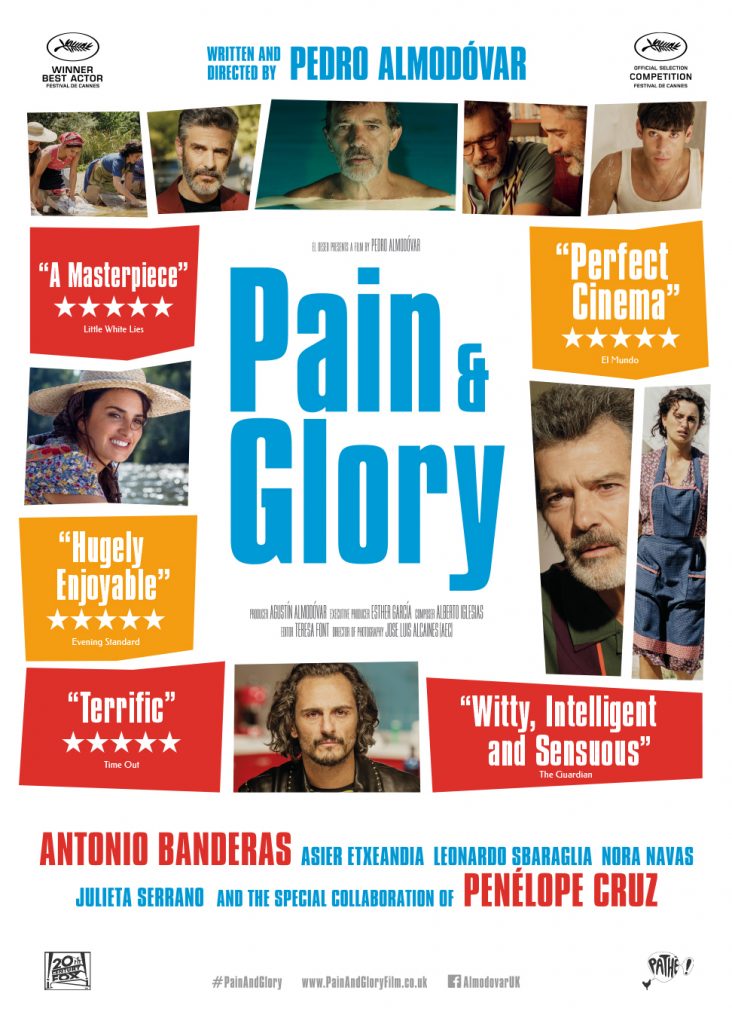