Skip to content
Previous Next
One Act Drama
Theatre

Ballyshannon Drama will take to our stage as part of The Donegal Bay and Blue Stacks Festival to bring you two One Act Plays.

The Specialist by Charles Sale

Set in the Appalachian Mountains in 1929, Richard Hurst plays the title role if Lem Putt, expert in the art of privy making. He gives us an amusing and passionate account of the intricacies of his specialised job.

Faint voices portray the doomed relationship between the WW1 Solider – poet Francis Ledwidge and his lover Ellie Vaughey and the impact of his death on family and friends. Ledwidge, known as the ‘Poet’ of the Blackbird’ was born near Slane and served in the British Army. He was killed in the Battle of Ypres in 1917

Cast (In order of appearance) 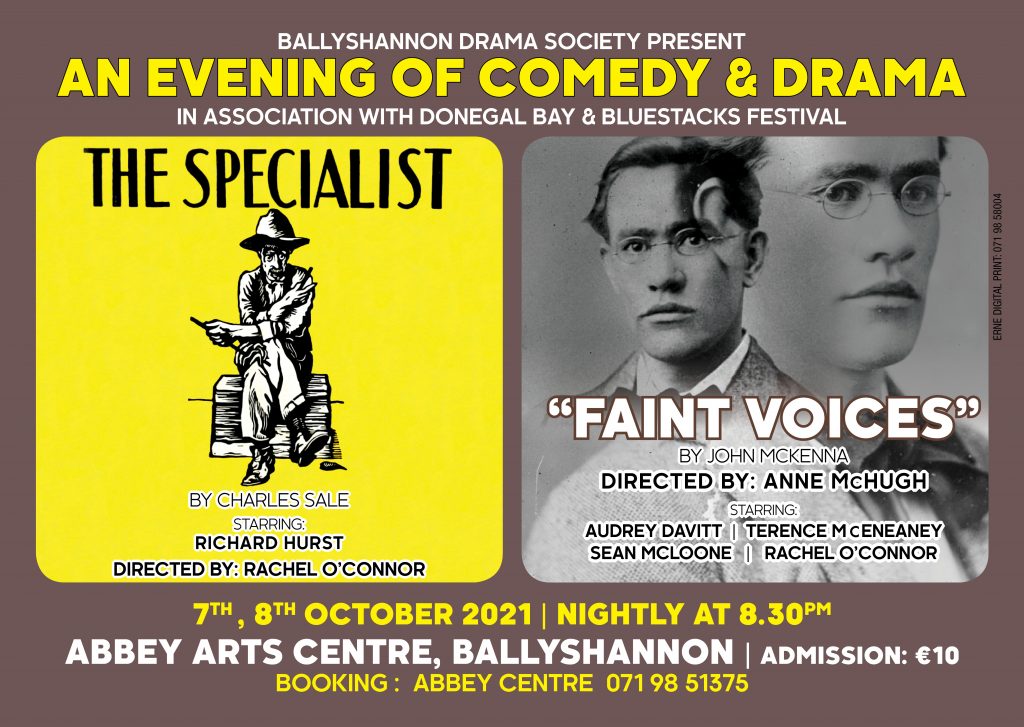