Séamas O’Reilly
Séamas O’Reilly’s bestselling memoir, ‘Did Ye Hear Mammy Died’ was published in 2021. Séamas  is a columnist for the Observer and writes about media and politics for the Irish Times, New Statesman, Guts and VICE. He shot to a kind-of prominence with a range of online endeavours including ‘Remembering Ireland’, a parody of Irish nostalgia sites, which featured entirely invented moments from Irish history. In 2016, he posted a long Twitter thread about the effects Brexit would have on Northern Ireland, which led to his first political writing for the New Statesman. Later on that year, his exasperated reviews of the novels of erstwhile footballer and manager Steve Bruce led to his participation in events with Guardian Football Weekly and various others. His most recent viral sensation was a thread about the time he inadvertently found himself on ketamine while in a room serving drinks to his boss’s boss’s boss and the President of Ireland, Mary McAleese. Séamas lives in Hackney with his family.

Emily Cooper
Emily Cooper is a writer and poet whose work has been published in The Stinging Fly, Banshee and Poetry Ireland Review among others. She was a 2019 recipient of the Next Generation Award from the Arts Council of Ireland. Her poetry debut Glass was published in 2021 by Makina Books.

Jess McKinney
Jess Mc Kinney is a poet from Inishowen, Donegal. She completed her MA in Poetry at Queen’s University Belfast, where she was awarded the Irish Chair of Poetry Student Award 2020. Most recently she was awarded a place on the Dedalus Press Mentorship Programme 2021, along with the Seamus Heaney Centre Poetry Summer School. Her poetry has appeared in The Moth, The Stinging Fly, Banshee, SAND Journal, Channel Magazine, Abridged, and The Open Ear, with upcoming work in The Poetry Jukebox and the New Island anthology The New Frontier: Writing from the Irish Border. Her debut pamphlet ‘Weeding’ is forthcoming with Hazel Press, supported by an Artist Bursary from the Donegal County Council. 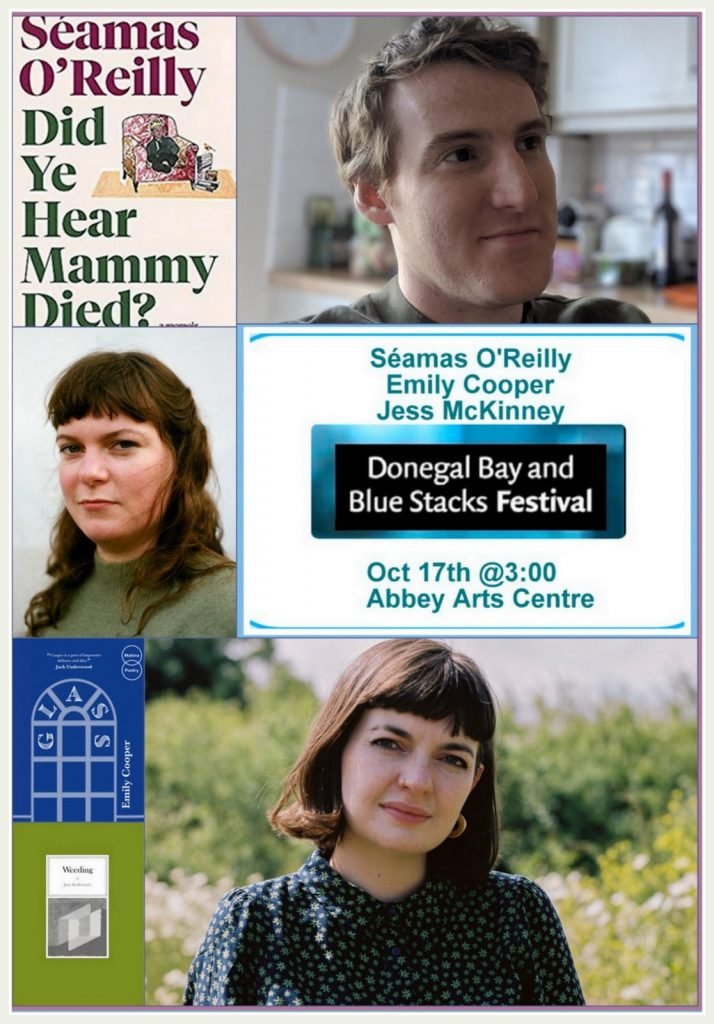