We are delighted to announce that Jon Kenny presents his one man show at Abbey Arts Centre on Saturday 4th April at 8pm. Tickets €18/€16.

“Crowman” is Dan Lonergan’s account of the hilarious characters that inhabit his life on a daily basis and a love story that never was. By turns poignant and comic Kenny carries the audience on a roller-coaster ride from his childhood to middle-age, from the hurling pitch to the pub and from one uproariously funny character to the other.

It is about lost love and the sense of belonging and not belonging to a small community. Most of all it is about the humanity and decency of the local characters found in every rural village and town in Ireland. As Dan himself surmises ‘Some people never had the dance that I had and some people never hear the music’. 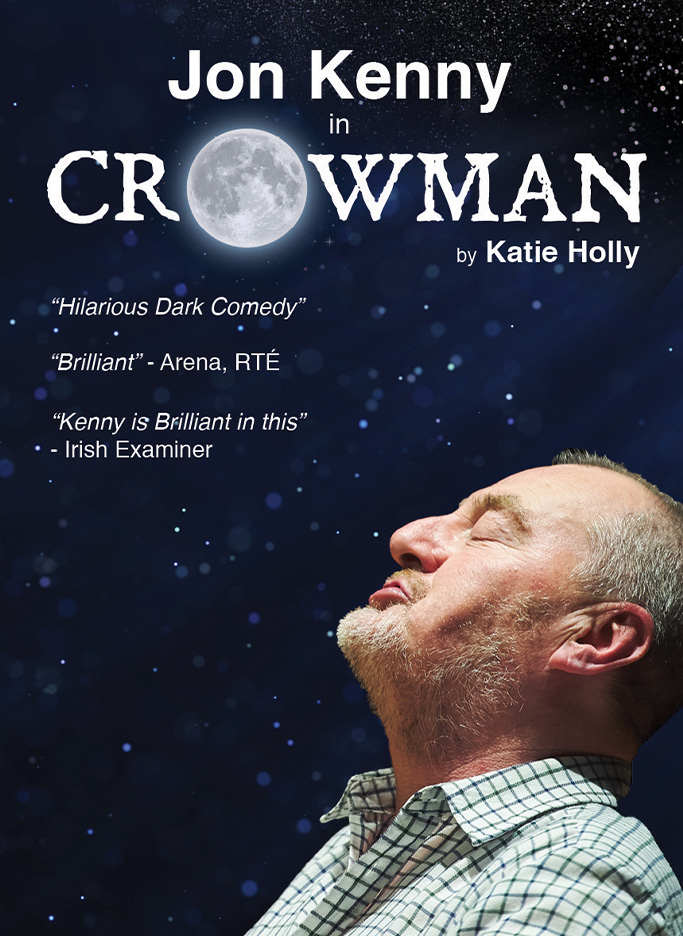